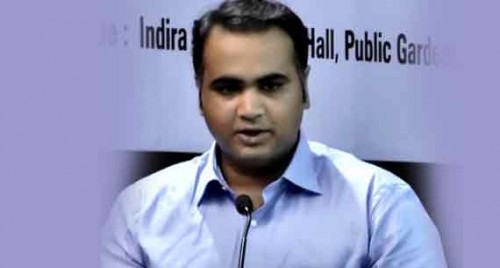 Vinay Babu, who is a Andhra Pradesh-based businessman, is associated with Pernod Ricord firm.

The central agency has arrested them in connection with its money laundering probe into alleged irregularities in the now-scrapped Delhi excise policy.

"He is a graduate of Business Administration. He is a second generation entrepreneur and belongs to the promoter group. He has gained experience in general management and expertise in project executions," reads Sarath Chandra Reddy's profile on Aurobindo website.

The Hyderabad-headquartered company is yet to react to the arrest of one of its directors. He is said to be director of 12 companies of Aurobindo Group.

The ED had reportedly questioned Sarath Chandra Reddy in connection with the money laundering allegations in Delhi on September 21, 22 and 23.

Sarath Reddy is the second businessman from Hyderabad arrested in the case.

Considered close to a key leader of ruling party in Telangana , he was the first person from Hyderabad to be arrested in the case.

Rao was allegedly found to be acting as a south lobby. The investigating agency suspects that he committed irregularities through cartelization.

Rao is the second person to be arrested in the excise policy. The CBI had earlier arrested Vijay Nair, former CEO of events company- Only Much Louder.

He is said to have business links with Arun Ramachandra Pillai, a resident of Hyderabad and one of the persons booked by the CBI in the case.

Rao's arrest came after several rounds of raids conducted by the CBI and ED at various places in Hyderabad including on the office of a media house. He was also reportedly questioned by the CBI a couple of times in the case.