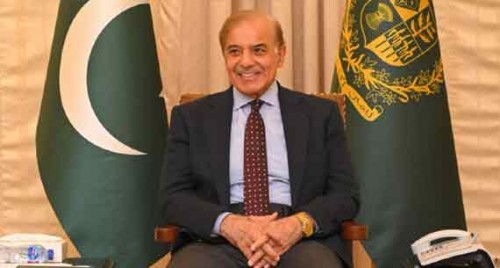 Islamabad, Nov 15 (IANS) Pakistan Prime Minister Shehbaz Sharif has been infected with Covid-19 for a third time, a Minister confirmed.

Minister for Information Marriyum Aurangzeb, through her official Twitter handle, stated that the premier had been unwell for two days and took the Covid-19 test today on a doctor's recommendation, reports The Express Tribune.

The Prime Minister had tested positive for the Covid-19 earlier this year in January and also in June of 2020.

He delayed his departure from London due to sickness and returned to Pakistan on Monday.

Sources claimed that he stayed in London for two extra days. He had a mild fever just before leaving the airport, and his family had advised him not to fly.

The extended stay of the premier along with his key advisers in London purportedly to discuss the appointment of the army chief and other issues of national importance with his elder brother Nawaz Sharif heightened confusion and sparked rumours about the appointment, reports The Express Tribune.

The premier left London for the country on November 11 after holding what media reports said was a crucial meeting with his elder brother on the issue.