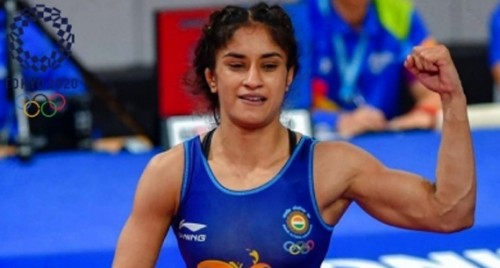 Vinesh, who is accompanied by her physio Ashwini Patil, is training under former Olympic silver medallist Serafim Barzakov at the camp which is going to last for 19 days (November 7-26, 2022).

The international camp is also expected to have other top wrestlers such as Bilyana Dudova, the 2021 World Championship gold medallist and Evelina Nikolova, the 2020 Olympic bronze medallist among many other prominent wrestlers.

Funding for the same is being provided under Sports Authority of India's (SAI) Target Olympic Podium Scheme (TOPS) and would cover Vinesh and her physio's flight, accommodation, local travel, and food costs among others. TOPS will also provide her an out-of-pocket allowance of $50 per day for any other expense she might incur.

The competition would give Bajrang a chance to compete against some of the prominent and upcoming wrestlers in the USA, who were one of the best Wrestling nations in men's freestyle events at the recently concluded 2022 World Wrestling Championships.