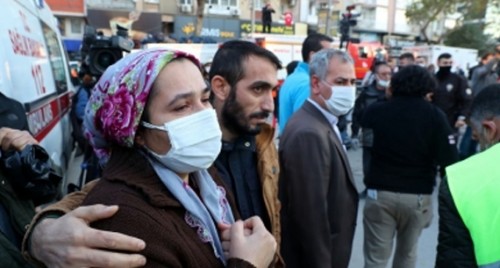 According to the national Disaster and Emergency Management Authority (AFAD), the temblor was centred in Golyaka district and it struck at 4.08 a.m., reports state-run Anadolu News Agency.

The powerful quake, which occurred at a depth of 6.81 km, was also felt in Istanbul as well as in capital Ankara.

Duzce is located about 210 km from Istanbul and some 236 km from Ankara.

The AFAD said the quake was followed by a total of 18 aftershocks, while power cuts are being imposed in the region as a precautionary measure.

On Twitter, Health Minister Fahrettin Koca said that one injured person was critical "due to jumping from a height" and that the National Medical Rescue Teams and ambulances have been dispatched to the affected area.

Duzce Governor Cevdet Atay has announced the closure of schools for the day.