UP ministers ready to cross shores for Global Investors' Summit 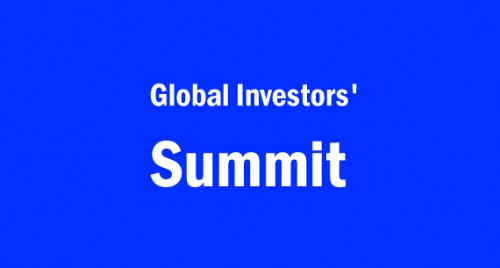 Lucknow, Nov 24 (IANS) Uttar Pradesh ministers will travel to 19 cities across 17 countries between December 9 and 19, ahead of the Global Investors' Summit (GIS) scheduled early next year.

The road shows will work in simultaneous mode which means that more than one road show will take place per day.

Sources said the schedule had been verbally approved by Chief Minister Yogi Adityanath who may travel separately closer to the event in January. The required paperwork for visa and other things has been initiated by the partner industry bodies.

As per the schedule, state finance minister Suresh Khanna will travel alone between December 9 and 15 and lead roadshows in London, New York and San Francisco.

Cabinet minister for industries and infrastructure development Nand Gopal Gupta 'Nandi' and PWD minister Jitin Prasada will travel between December 9 and 14 to lead roadshows in Frankfurt, Brussels and Stockholm.

On the same dates, Speaker UP Vidhan Sabha and former minister for industrial development Satish Mahana will travel to Canada to hold roadshows in Toronto, Montreal and Vancouver. He will be accompanied by Dharampal Singh, cabinet minister for animal husbandry, dairy development, political pension, minority welfare, Muslim waqf and haj and civil defence departments.

Canada has extended support to the UP GIS 2023 as a partner country. Dharampal Singh will travel to Los Angeles on December 16 as well.

Minister for tourism Jaiveer Singh would travel to Tokyo and Seoul between December 9 and 16 with Ashish Patel, minister for technical education, consumer protection, weights and measures minister.

The minister for MSME Rakesh Sachan will conduct the roadshow in Dubai and will head to his destination on December 11.

While Pathak would head to Sao Paulo and Buenos Aires with Sanjay Nishad, the minister for fisheries, Maurya would cover Hague and Paris with IT minister Yogendra Upadhyay.

Though the programme for chief minister is yet to be finalised, he may travel in January closer to the event.

Sources said his schedule was also subject to security clearances from Union Ministry of External Affairs.

Senior officials had earlier pointed out that the focus sectors being targeted through the roadshows, include electronics manufacturing, retail, automobile, EV-manufacturing, defence, textile, agro and food processing, chemical, pharmaceuticals, venture capitalists and transport among others.

Meanwhile, domestic roadshows will be led by senior officials from the industries department.