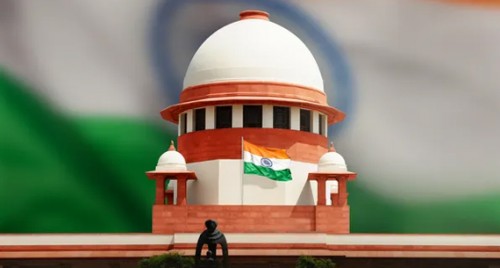 New Delhi, Nov 24 (IANS) The Supreme Court on Thursday grilled the Attorney General R. Venkataramani, representing the Centre, on the appointment of Arun Goel as the Election Commissioner, saying what was the "tearing urgency, haste", and why was the appointment made at a "lightning speed".

A five-judge Constitution bench headed by Justice K.M. Joseph after examining the file on Goel's appointment, also questioned on the criteria adopted by the Law Minister in shortlisting four names from the Department of Personnel & Training (DoPT) database.

The bench shot a volley of questions at the AG to which he contended that court should not hold a mini-trial on the appointment, however the bench asked him to explain why the appointment was made with such haste.

Justice Joseph specifically questioned the AG on the criteria adopted by the Law Minister in picking four names from the DoPT's database.

The bench noted that the Minister picked the names and the file was put up on November 18 and moved the same day.

The bench told the AG: "Even the Prime Minister recommends the name on the same day. We don't want any confrontation..."

It further pointed out that the post was vacant since May 15, and asked the AG to show what prevailed the government to do things at this lightning speed.

Justice Joseph reiterated that the court is concerned about a 'yes man' being appointed and asked what is the basis of the Law Minister shortlisting four names from data of hundreds of people following the age criteria.

Questioning Goel's appointment in a super-fast manner, the bench remarked that not even in 24 hours, the process was completed and notified.

The hearing is in progress now.