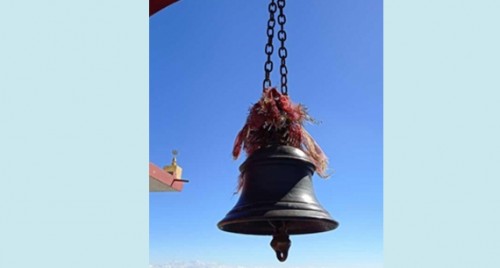 Jayamma, the temple's Chief Executive Officer has complained in this regard to Kadri police station in Dakshina Kannada district of Karnataka. She has requested the police to initiate appropriate legal action in connection with threats issued by the IRC.

She also stated in the complaint that thousands of devotees visit the temple everyday and the threat should be considered seriously.

Islamic Resistance Council (IRC), an unknown Islamic outfit, on Thursday claimed responsibility for the November 19 Mangaluru auto blast and warned of another attack in future.

"Our brother's attempt to attack Kadri Hindu temple has failed. This attack was not successful. The state and central agencies are trying to arrest our brothers. They are chasing them. However, we have been successful in getting out of the clutches of agencies. In future, another attack will be made," IRC stated.

"Mangaluru has become fortress of saffron terrorists. Though our attempts this time have failed, we will get ready to carry out another attack by giving slip to the state and central investigating agencies," the statement by IRC read.

The outfit has also warned the ADGP (Law and Order) Alok Kumar, who is stationed at Mangaluru and personally monitoring the investigations into the blast case.

Meanwhile, the investigation agencies have intensified search for disappeared terrorist Abdul Mateen Taha, believed to be handler of Mohammad Shariq, who is behind Mangaluru auto blast