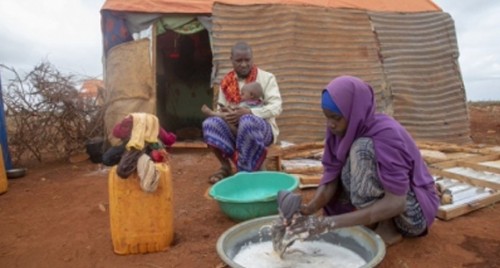 United Nations, Dec 2 (IANS) The UN Office for the Coordination of Humanitarian Affairs (OCHA) said that 222 million hungry people top the target list of the $51.5-billion aid campaign for 2023.

The 2023 Global Humanitarian Overview (GHO), launched by the UN in partnership with nongovernmental organisations and other partners, paints a stark picture of what lies ahead, Xinhua news agency quoted the OCHA as saying.

The humanitarians also pointed out that the goal of $51.5 billion dollars is not just for the hungry.

Public health is under pressure due to Covid-19, vector-borne diseases, monkeypox and outbreaks of Ebola and cholera, OCHA said.

The UN humanitarians said OCHA and their partners also face the challenge of climate change which is driving up risks and vulnerability, adding that by the end of the century, extreme heat could claim as many lives as cancer.

Another challenge is ending discrimination against women and girls.

The response plans in the GHO detail how aid agencies working together around specific types of aid -- including shelter, food, maternal health, child nutrition and protection -- can save and support the lives of a combined 230 million people worldwide, OCHA said.