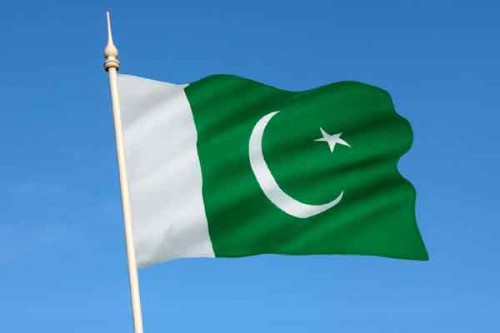 Washington, Jan 24 (IANS) US lawmaker Andy Biggs has introduced a bill in the House of Representatives that seeks to terminate Pakistan's designation as a major non-NATO ally, and require annual certification from the President with certain conditions for Islamabad to be given such a designation.

For any further continuation of Pakistan's designation as a major non-NATO ally, the bill asks the President to issue a certification that the country has shown progress in arresting and prosecuting Haqqani Network senior leaders and mid-level operatives and has taken steps to demonstrate its commitment to prevent the terror group from using any Pakistani territory as a safe haven.

The Congressman introduced the bill HR 80 which now needs to be passed by the House of Representatives and the Senate before it can be signed into law by President Joe Biden, and has been sent to the House Foreign Affairs Committee for necessary actions.

Normally, such bills do not fructify, but the present legislation reflects the sentiments of the lawmakers against Pakistan, which is known for harbouring terrorism and using it as a matter of State policy.

Although the bill is doubtful to sail through in Congress, it is sending across a clear message that despite Pakistani claim and propaganda it still supports the jihadi outfits and therefore, it could not be trusted without a reality check.

The one reason that the bill would not sail through is that the Western powers and especially NATO partners have always been interested to have a firm foothold in Pakistan for gaining strategic leverages in geopolitical games against a global power like Russia and a regional power like China.

The good and bad Taliban distinction based on strategic leverages, nevertheless, is doing a lot of disservice to global peace and amity.

At a time when Pakistan has become immensely vulnerable due to weaknesses in its polity and economy and trying to leverage its location for short term perceptional, financial and strategic gains, letting itself to be a theatre of global competition for hegemony comes at the price of sovereignty and self reliance.

Realities are eloquent than propaganda and lies. Pakistan's support for jihadi organisation time and again peeps into the eyes of Western "democratisers" and "peace makers", and that is happening frequently.

Many countries in the world who are not into the race for hegemony like India staunchly believe that democracy, sovereignty, peace and prosperity of Pakistan is important for regional and global security and peace.

But the same could not be said about Pakistan or even the Western competitors for hegemony.

Likewise, it has also listed many terrorist organisations of Pakistan as proscribed that include Lashkar-e-Taiba (LeT), Jaish-e-Mohammad Mujahideen E-Tanzeem, Islamic State (IS), Al Qaeda, Islam Mujahidin, Jaish-e-Muhammad (JeM) and various chapters of the Taliban.

The notable thing about these proscribed organisations which are more than 50 number often reappear with new names to jump legal ban and the Pakistani establishment deliberately avoids inspections against them.

Other notable aspect of these proscribed terror organisations is that on the face of it they have a nomenclature and as registration as trusts or welfare organisations, but the actual task is to aid and commit terrorist acts in the name of Islamic Jihad. They also act as platforms for indoctrination and poisoning of the minds of youth.

But since the intent of the establishment to use terror as part of their state and foreign policy, these outfits even after proscribing, roam around freely and carry their activities without any restriction or fear.

The West in its competition for hegemony with the rival powers, offers several benefits to Pakistan in the name of fighting against terrorism and security, but it appears just to be a pretext to keep a space and foothold in the region for geopolitical leverage in this strategically country.

A tweet of former President Donald Trump is an evidence to the futility of financial support to Islamabad for fight against terrorism.

He had tweeted in 2018: "The United States has foolishly given Pakistan more than 33 billion dollars in aid over the last 15 years, and they have given us nothing but lies & deceit; they give safe haven to the terrorists we hunt in Afghanistan, with little help. No more!"

A UN report in 2020 had stated that Pakistan-based terror groups JeM and LeT are engaged in trafficking fighters into Afghanistan and India few month after former Prime Minister Imran Khan's confession that Pakistan had several hardline terror organisations that hamper peace and development.

Pakistan has taken advantage from the global powers for the sake of its strategic location.

As Pakistan showed increased proximity with Russia when the Western funding dried up during the Trump years, the new US regime and other NATO partners are taking a much softer approach in their engagement with Pakistan to rebalance their strategic presence in the country.

Whatever be at stake in the competition for hegemony, ideally the global powers must muster the courage and honesty to call spade a spade.

For curbing terrorism for global peace is as important for global development and peace as climatic change and sustainable development. India has echoed this on international forums umpteen times.

The latest bill in the House of Representatives is a reminder to the US about its role in curbing terrorism in the world whether it sails through or not.